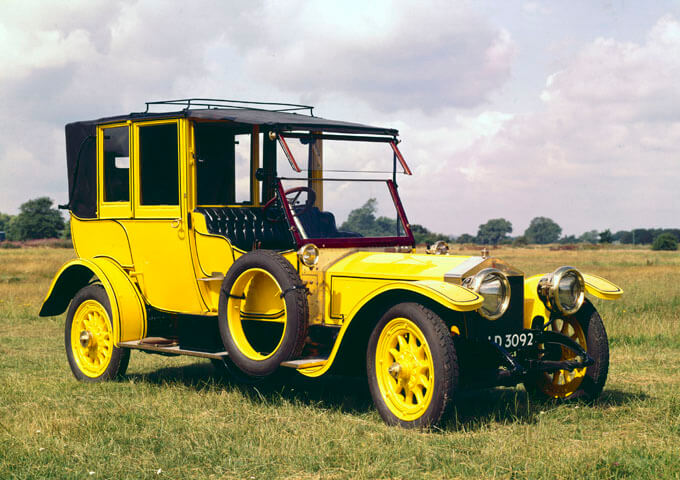 Built in 1909, this car was used continuously until 1929 by the Marquis of Cholmondeley. It is fitted with a Hooper landaulet body, which is supported on a stiff chassis frame of channel-section steel girders. The six-cylinder 40/50 hp water-cooled engine has a cylinder capacity of 7.428 litres, and could achieve a speed of 34 mph at 1000 rpm in top gear. Described at the time as Ôthe best car in the worldÕ, the Silver Ghost was Henry RoyceÕs (1863-1933) masterpiece of car design, which emphasised comfort, reliability and quality of workmanship. With little variation in the basic design, Rolls-Royce continued to produce the Silver Ghost until 1925.